In the past twenty-two years I’ve been to Mozambique five times. In 1990, I worked on an urban agro-forestry project in Matola Rio just outside of the capital, Maputo.  At this time I also traveled to Quelimane and saw some of Zambezia province. In 1994 I was an election monitor for Mozambique’s first multi-party elections and was based in Pemba, Cabo Delgado.   In 2009, 2010 and 2012 I returned to work with Citizen’s Network for Foreign Affair’s Farmer-to-Farmer Program. In 2009 I lived in Chimoio and assessed the entire horticultural value chain along the Beira Corridor. In 2010 I traveled to Mogovolas District in Nampula Province to assess the state of horticultural production in the District and the potential for increased regional sales through an innovative marketing scheme. In 2012 I stayed in Messica in Manica Province and trained farmers in the Belas District in marketing and production techniques. 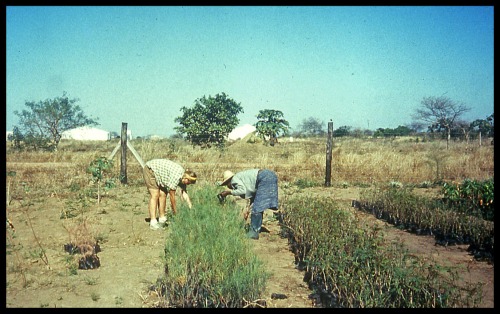