• I saw rice paddies in all shades of green as the plane descended to Beira.
• I remember the trees- acacia, vermelho and acacia amarelho, jacaranda, eucalyptus, luecana, and casuarinas.

• I remember the smells- diesel, burnt charcoal, sea salt…
• I remember Portuguese and managed to talk for 1 ½ hours to CNFA’s driver as he showed me around town.
• I remember run down colonial era buildings, although Beira’s seem almost more run down than Maputo’s or Quelimane’s buildings of 19 years ago.
• I remember what it feels like to drive on the left side of the street and am looking right-left-right before I cross a street, but cannot remember to get in the passenger side of cars.
• I don’t remember advertisements. Instead of Freelimo slogans such as “A luta continua” on walls, Mcel advertisements are painted on walls. They also have large billboards advertising their mobile services.
• I don’t remember cell phones and have already had four conversations on the one that has been given to me to use for the next month.
• I don’t remember using computers. My hotel has wireless but am having some problems connecting which should be frustrating but isn’t at all since I am still so surprised that I might be able to use the internet for even a minute.
• I don’t remember large chain grocery stores. I visited one called Shop Rite (yes same name as the chain in the US) this afternoon and mainly found products from South Africa and European countries such as Portugal and Denmark. The produce in this store was of very poor quality. 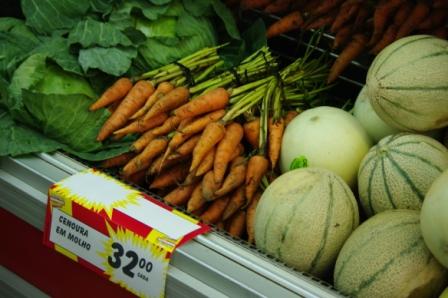 • I remember the taste of the cashew candy that was given to me at the hotel reception desk. I did not remember the packaging so I was surprised by the familiar taste.

One response to “Impressions of Beira- Day 1”