There is something different happening here in Angola, but I’m not sure exactly what it is. Is it the fat and happy dogs? Is it the multitude of new cars, plethora of motorcycles and lack of overloaded bicycles? 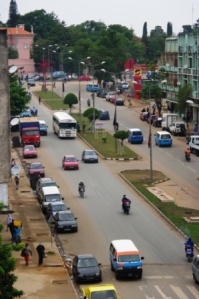 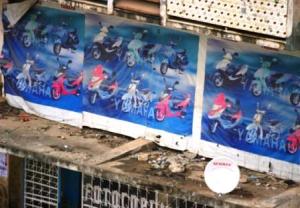 Is it that I haven’t yet been hassled to buy anything and everything? Is it the lack of beggars? Am I crazy for thinking that in general people are better off here? Am I observant or just extremely tired? I’ve had a long trip to get here and this is the first morning I’ve woken up completely refreshed. Is it simply that Angolans drive on the right? Is it that I did not hear any complaints during my first meeting with the agricultural association members in Bailundo? 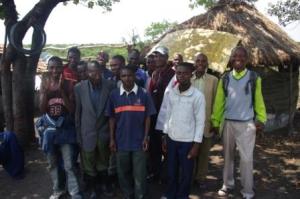 Is it that during my first trip to the largest regional market on Saturday my simple “Bom Dia” response to stares resulted in the largest smiles ever? Is it that people actually talk about and remember the war, but don’t dwell on it? Is it that there are so many trees left standing in the city? 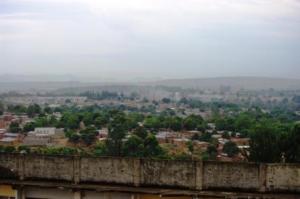 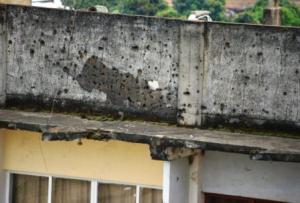 close up of bullet holes

Is it that my Portuguese language skills are actually improving and I am feeling more comfortable with my verb tenses and am learning to use some calão (slang)? Whatever it is I’m not exactly sure, but something different is happening here.

Saturday at the Kutatu Market in Chinguary I took no photographs. This market is about one and a half hours from Huambo and located in a region that has traditionally supplied the country with vegetables. Trucks come from as far away as Luanda to buy produce on Fridays and Saturdays. At the time I thought my lack of interests in photographs was because it looked like any other market I had seen in Mozambique and that I simply did not feel like drawing even more attention to myself than I was already receiving. This morning I am certain that it was because I was completely absorbed in observing the differences. If I had the chance to go back and take photos I would take one each of the fat dogs lying in the shade under the ox cart, the small Toyota pickup truck already overloaded with 50 kilo sacks of potatoes with more being loaded on, the black pig being tied up for sale, the wild fruit called Losha 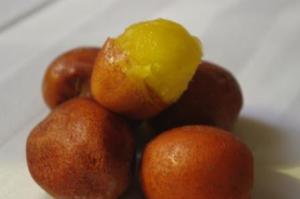 that I purchased and the woman who sold it to me for 10 kz (about $0.10), the young boys pushing wheelbarrows full of items for sale with a mini-mega phone on top of the pile that was playing an advertisement for the products, the Obama T-shirts, and the boy in the superman t-shirt staring at me who grinned and gave me the thumbs-up when I called out “Oi, Superman!”

5 responses to “Something Different…”